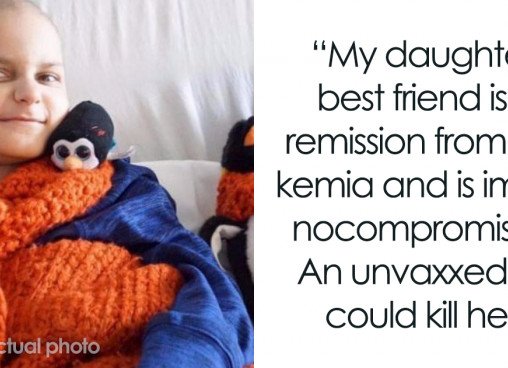 I have one major question, would you rather have a living child or a dead child?

If your anything like me than I would most certainly want a living child. Now the next question. Would you rather have a living child with any disorder or a child fighting for their life?

As I was searching for the Anti-Vaccination movement and their stance, the first articles to appear in my Google search were of discrediting this movement. Which made me wonder how parents could ignore this evidence and go straight for the Anti-Vaccination sites? I had to look through discrediting articles in order to find any sites related to this movement. Upon reading said articles and research topics I found that it was really hard to understand the science or logic behind this movement as it has been thoroughly discredited that vaccines cause any serious underlying conditions. The movement boasted mostly upon opinions, possibilities, and even what ifs. That being said, it is hard for me to truly “see” let alone understand their arguments based on the decades of counterposed evidence. Here’s a nice little history lesson if you’re interested.

When you think of Anti-Vaxx, the first thing that always comes to my mind is autism and vaccinations. Before researching I didn’t know who the doctor was that perpetrated this lie or what it all entailed but I knew that he became discredited and the research became debunked and proven falsified. The doctor was Andrew Wakefield and the research was the 1998 Lancet MMR autism fraud. This has since led into the more recent accusations about vaccinations and autism from Jenny McCarthy in 2008 and 2009. Now a new, yet not so new, trend has emerged called Alternative Vaccination Schedule. In where several doctors have advised various vaccination schedules to “fan out” the amount of vaccines your child receives, if your child even receives all of them. One major name that is trusted is Dr. Sears. Except this is his son Dr. Robert (Bob) Sears who has most recently put out a book in which parents should suggest an Alternative Vaccination Schedule.

My first thoughts regarding this particular topic were along the same lines as some of you might be thinking now, “Well, at least they are getting vaccinated.” But along further research, it seems that Dr. Bob Sears was not the first or the last to present this idea but claims to be the best at understanding this alternative schedule. But there are several other doctors that claim this as well. So this begs to reconcile, which schedule is best for my child? What happens if they do not receive all the vaccinations? I mean if you REALLY believe what they say, that we haven’t had a resurgence of certain viruses, infections, et cetera in years, then our children really don’t need those vaccines. However, if your a pessimist like me, then you are laughing right now. If your an optimist, do you really want to gamble with this? I know I sure don’t.

Upon further reading it seems that Dr. Bob Sears is also considering levels of aluminum in these vaccines to cause toxic issues as well. I don’t know about you but I probably get more aluminum drinking a soda out of a can then what is in one let alone three of these vaccines, if all vaccines even have aluminum in them. Again, it seems that Dr. Bob Sears is really trying to scare parents with vaccine ingredients and side affects that are presented to the parents at time of vaccination. But did you ever stop to think that they have to put those side affects there so that they don’t get SUED. That’s the big take away from all of this in my opinion. I won’t go into more details about what Dr. Bob Sears recommends regarding his Alternative Vaccination Schedule but if you would like more information regarding why it is probably not the best for any child, please read here.

Today there has been a resurgence of measles, pertussis (whooping cough), mumps, chicken pox, and meningitis. Disease that were almost completely eradicated in the US until recently through unvaccinated people coming via air, sea, or walking into the US with these diseases that spread to our most vulnerable, children. Who either are to young to be vaccinated or are not vaccinated. But of course, not vaccinating leads to more spreading of these diseases that could have been prevented. Another thought, the pessimist in me, is what happens when the vaccines don’t work anymore? What if they mutate because people refuse to use the cure now? That’s a scary thought.

The incline of anti-vaccinations will hopefully be on the decline soon thanks to the censorship of bad information spread via social media. Pinterest took a bold stance and blocked all information related to vaccinations. Amazon, Facebook, and YouTube have started due diligence on correcting misinformation being spread in real time media. It will not fix this overnight but it is a good start to point people in the direction of fact versus opinion. If you really want to see the full schedule of when and what your child will receive regarding vaccinations, this is what the CDC recommends from birth to 18 years of age. There is a lot of information so review it before hand and talk it over with your doctor and child’s pediatrician to see what all of it means and any concerns you might have.

I’ll leave you with this food for thought. I read recently on how a mother lost her newborn child due to another parent bringing in their unvaccinated child who had the measles, to the same pediatricians office. You see, her newborn could not receive the vaccine yet and thus as measles is spread through droplets with the unvaccinated child coughing everywhere, her newborn developed measles. There was nothing she could do but watch her newborn suffer and die. So if you are planning on not vaccinating your child or even going the alternative schedule route, keep in mind that your decision not only just affects your family but it can also affect the lives of those around you that you encounter. You WILL be responsible if you had a chance to prevent!

← Food for Every Age and Stage Autism →

You have Successfully Subscribed!

You have Successfully Subscribed!

Shopping cart
There are no products in the cart!
Continue shopping